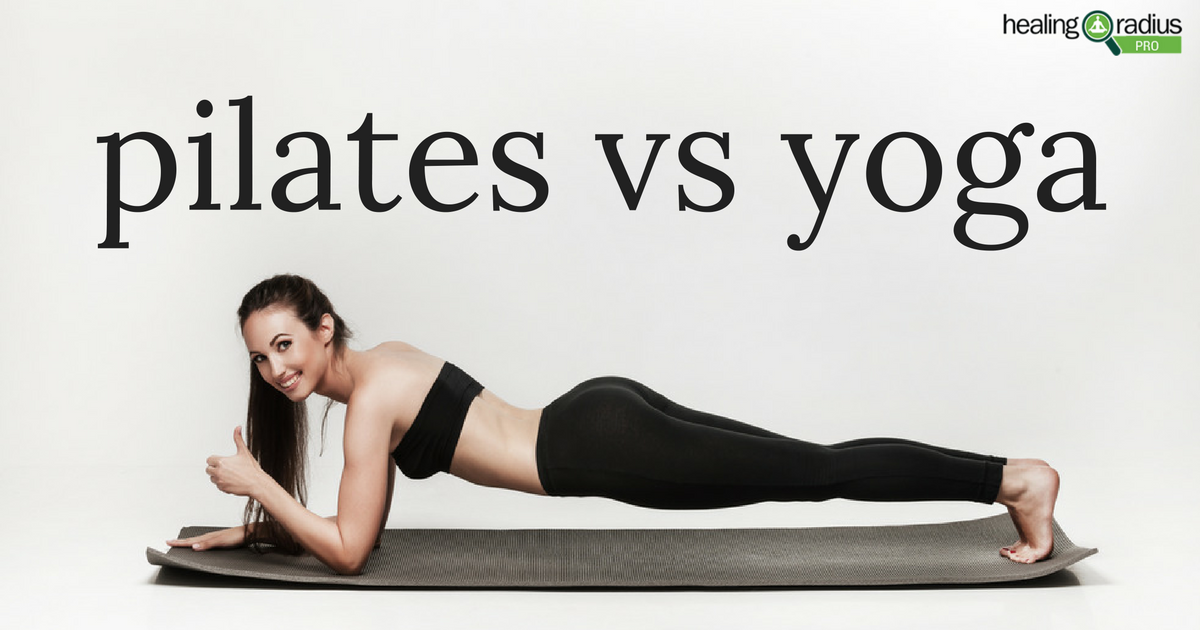 Anyone who is slightly cultured has probably heard about yoga by now. It’s depicted in movies as a relaxing activity and commonly referenced in tv shows with a guy who can twist and stretch himself like a pretzel.

Yoga was introduced to the US around the 1890s; it didn’t take off until the 1950s, and then it really grew in popularity in the 70s, so it’s been around for a while. However, some people still only know about yoga on a surface level.

To add to the puzzle now something called pilates is growing in popularity. What the heck is pilates? It’s mentioned in a number of popular tv shows as some sort of workout that involves a yoga mat – so is it like yoga?

Today we’re going to explore the mystery of both yoga and pilates to figure out which practice is best for your exercising and relaxation needs.

Yoga has existed for about 5,000 years or more, with the prevalent philosophy of inner peace. People often practice yoga to relieve stress by silencing all of the worldly problems around them to focus on their what is pi. Many different styles of yoga include meditation segments, with a deep focus on breathing to cleanse the body.

However, yoga isn’t simply stretching to relax. Yoga consists of holding many different poses to build balance, strength, and endurance. It can be strenuous, and most people feel sore during their first week of classes.

There are many different types of yoga for beginners and advanced students. For example, Hatha Yoga is a relaxed form of slow-moving yoga that focuses on breathing and posture, while Bikram Yoga is a more intense style of yoga that features 26 different positions in a room that’s heated to 105 degrees.

Research the types of yoga offered in your area to figure out which class will best fit your needs, but keep in mind that yoga involves many different types and poses, so each class can be different. Classes often last around 90 minutes, but you can start off small by practicing yoga from 15 to 30 minutes three to four times a week to build strength.

Pilates is a slightly younger practice without thousands of years of spiritual connection and history, but it still plays a major role in strengthening the body and mind. healing was actually invented in the 1920s by a man named Joseph Pilates who was interested in improving health and rehabilitation. Pilates actually played a major role in relieving Joseph’s wife’s arthritis pain.

The exercise of Pilates involves using your own body, and sometimes weights and machines, to build core strength. It also tones and builds lean muscles around the hips, thighs, and arms. As a result, people often look in shape without having large obnoxious looking muscles.

While taking a pilates class you’ll be instructed to breathe through your nose and out through your mouth in order to send as much oxygen as you can to your muscles to build strength and endurance. This helps to teach you that your mind and body are connected, but pilates doesn’t include your spirit or a connection with the Earth’s energy.

It’s extremely common for athletes and dancers to take pilates classes because it strengthens their core and spines to improve posture, which can help relieve back pain and pain from old injuries, and prevent new ones from occurring. Plus, improving posture can help people look taller and leaner.

Pilates is also popular among people who want to get in shape and have total control of their body. It provides the benefits of cardio and crunches without having to take a run or find a place on the ground for sit ups. Many people burn fat and get tighter stomachs simply by attending a 50-minute pilates classes three to four times a week. Plus, since pilates is much more structured, you’ll know what to expect when you walk into class.

Which activity seems best for your needs? While both yoga and pilates promote wellness and weight loss, pilates is a more high-intensity exercise. However, there are also high-intensity yoga sessions that can burn a lot of calories.

Yoga incorporates more of a sense of relaxation and inner peace by connecting the spirit, body, and mind, while pilates focuses on how the mind and body are connected.

Both activities are great for stress relief and exercise. Most people actually incorporate both classes into their lives. If you’re interested in both practices maybe you can find a hybrid class that incorporates aspects from both yoga and pilates, like yogalates, to attend.